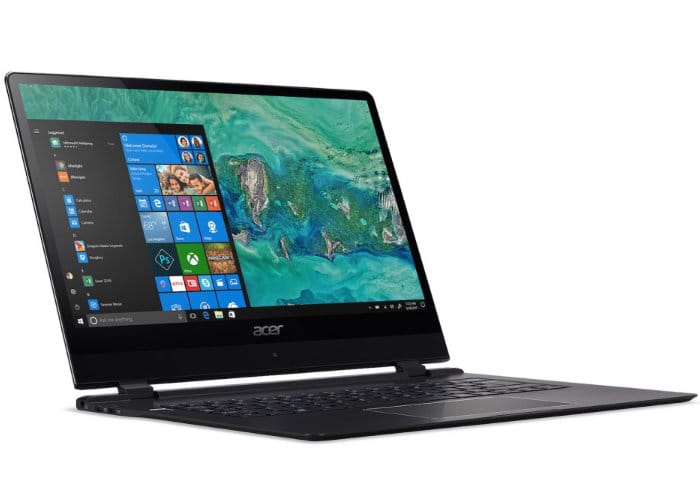 Adding to the wealth of new hardware unveiled at this year’s CES 2018 technology event, Acer has taken the wraps off its new Acer Swift 7 (SF714-51T) which is being marketed as the world’s thinnest notebook and comes complete with integrated 4G LTE modem. Measuring just 8.98 mm thick the new ultra-thin laptop is powered by an Intel Core i7 7th-generation processor and comes supplied preloaded with Microsoft’s latest Windows 10 operating system.

Due to its super thin design Acer has needed to moves the two USB Type-C ports and a TRRS connector from the right side to the left and has removed the fingerprint reader from the touchpad. Acer has also redesigned the hinges which attach the 14 inch display with thinner bezels and the integrated web camera has now been moved from the top of the screen to the bottom. 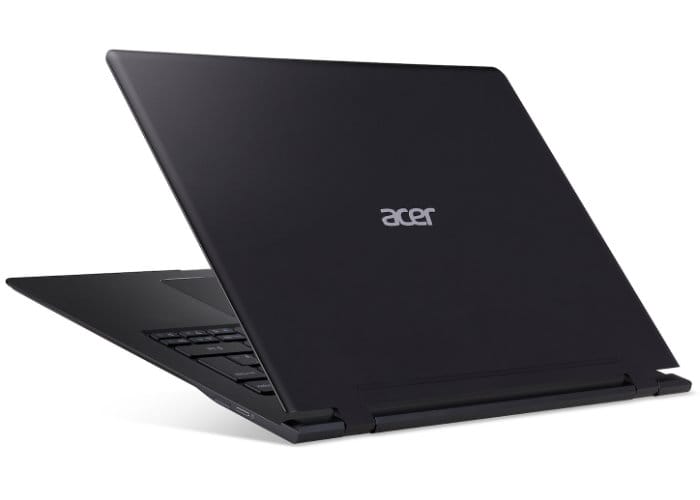 Connectivity from the laptop is provided by a 2×2 802.11ac Wi-Fi and Bluetooth module for local wireless connectivity as well as the already aforementioned 4G LTE modem created by Intel. Acer has included an integrated eSIM enabling users to quickly purchase new contracts using Mobile Plans app, which can be used in various countries around the world. Acer has also included a 1GB Transatel data plan, valid for one month in 48 countries to demonstrate the worldwide connectivity of the new super thin laptop.

The new Acer Swift 7 (SF714-51T) will be available in the US and the UK during April 2018 and will be priced at $1700 or £1600 depending on your location. For full specifications and purchasing options jump over to the official Acer website.